Two child protection OFFICERS hold her on either side as she walks into the police station.

She was abducted four years ago from her village in north-east India.

Until her rescue, she had been working in people’s homes across West Delhi – cooking, cleaning and taking care of children.

“I was not allowed to rest,” she says. “If I did something wrong or it was not what they wanted, they hit me.

“If I wanted to sit down for a bit because I was so tired, they would scream at me.

“I was never allowed to leave the house, so I didn’t realise that I’m in Delhi. My employers told me that we are in Madras in South India.”

Child’s shadow
Listen to Shilpa Kannan’s full report on The World Tonight on BBC Radio 4 on Wednesday, 5 February at 22:00 GMT. Or listen again on iPlayer.

As the police and counsellors question her, Lakshmi breaks down. She tells the police that she was sexually assaulted by the men who kidnapped her.

She was threatened that if she told anyone about it, they would tell everyone back HOME IN her village and her honour would be destroyed.

And then, when she started working the agent who arranged her work withheld all her wages leaving her with nothing.

‘Lured with clothes and sweets’
Her uncle is just relieved to have found her. A tea garden worker from Assam, he says her parents died when she was young and her grandmother is worried sick about the young girl. He is also angry about the abduction.

“What can we really do? We are poor people – I didn’t have enough money to come to Delhi to look for my missing niece.

He is not alone. One child goes missing every eight minutes in India and nearly half of them are never found.

Kidnapped children are often forced into the sex trade. But many here feel that children are increasingly pushed into domestic labour – hidden from public view within the four walls of a home.

The government estimates half a million children are in this position.

Demand from middle classes
At a rehabilitation home in northern Delhi run by a charity for children, Bachpan Bachao Andolan, many families have gathered.

I don’t want anyone to go through what I did”

Sumila Munda
They are all tea workers from the north-east state of Assam and have come here searching for their missing daughters.

They estimate that just from one particular area – Rangpura in Assam – 16 girls have been lost in the last three to four years.

Helping these families find their daughters is Kailash Satyarti, the head of Bachpan Bacchao Andolan.

“This is the most ironical part of India’s growth. The middle classes are demanding cheap, docile labour,” he says.

“The cheapest and most vulnerable workforce is children – girls in particular. So the demand for cheap labour is contributing to trafficking of children from remote parts of India to big cities.”

Jump media playerMedia player helpOut of media player. Press enter to return or tab to continue.
This girl was recently rescued after being abducted and forced to work
‘Hellish life’
Offering them a ray of hope is the case of 18-year-old Sumila Munda, who was rescued earlier this month. The information she provided led to police arresting a couple of alleged traffickers.

She says she still has nightmares about her employers.

“I don’t want anyone to go through what I did. I often wondered if I will ever escape from the hellish life I was stuck in. I had dreams of being in school, studying. Now I will get back to my studies.”

Sumila Munda who was rescued recently
Sumila Munda was recently rescued
India is estimated to have more child labourers than anywhere else in the world.

But while abducting children is illegal, the law is vague on when they can legally work. Child labour law does not allow children under the age of 14 to be employed, but anyone under 18 is legally considered a child.

Government helpless
And the government body in charge of children’s rights admits they are helpless.

“So obviously it’s a very regressive act. This issue has been raised and now an amendment is pending in the parliament. However, it has been pending for a very long time.”

If the law changes, it will make the fight against child exploitation a little easier.

But that’s no relief for families like these. Many here fear that their daughters may be lost forever.

Those who track child labor sweatshops know the Mouse is a prime exploiter. The face of Disney the manufacturer is not a pretty one.Using children to make Disney toys extends beyond [Thailand, Haiti, Burma] Vietnam and China.China is an attractive place for less-scrupulous companies to manufacture their products, says Simon Greenfield.

For years Disney licensees were manufacturing in a country few Americans could locate on a map. Burma — also known as Myanmar, the name given it by the ruling military junta — is a poverty-stricken nation.… Drug lords have a special status in Burma. They are protected by the government. The New York Times…editorialized: “For sheer nastiness few governments compete with Burma’s. It winks at heroin trafficking. It forces citizens to provide slave labor.” In other words, it’s a great place to make Mickey Mouse sweatshirts.When human rights groups and labor organizations first discovered that Disney had links to Burma, they immediately launched a protest campaign.

Disney…seems less than interested in tackling the child labor problem. Retailers and manufacturers have been asked by the U.S. Department of Labor to voluntarily pledge to monitor their contractors to make sure no child labor is being used. Dozens of well-known companies have joined, including Abercrombie and Fitch, Guess, Lands’ End, Lerner New York, Levi Strauss, Liz Claiborne, Nordstrom, Patagonia, Victoria’s Secret, the Limited, and others. Disney has not.

[Said Senator Tom Harkin]: “The United States must not import any products made by child labor. Period.”In America it took decades for activists, such as Jane Addams, Jacob Riis, Samuel Gompers, photographer Lewis Hine, and many, many others, to change the country’s attitude about working children.… Finally a public outcry pushed the United States government to adopt strong labor laws that would protect the nation’s children.

UNICEF’s documentary about the exploitation and labor of children in the cotton industry.

was that it destroyed the family.

(history teacher from the deep South,

“…we warn that the disintegration of the family will bring upon individuals, communities, and nations the calamities foretold by ancient and modern prophets”

-The Family: A Proclamation to the World 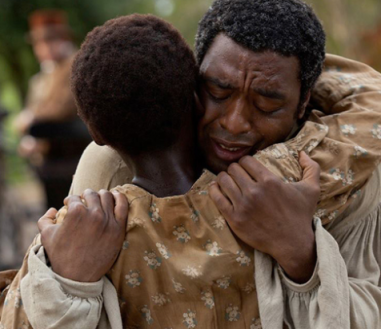 The worst thing about slavery

was that it destroyed families…

There may be times when we are powerless to prevent injustice, but there must never be a time when we fail to protest.

Millions of children work to help their families in ways that are neither harmful nor exploitative. However, UNICEF estimates that around 150 million children aged 5-14 in developing countries, about 16 per cent of all children in this age group, are involved in child labour (UNICEF 2011 State of the World’s Children). ILO estimates that throughout the world, around 215 million children under 18 work, many full-time. In Sub Saharan African 1 in 4 children aged 5-17 work, compared to 1 in 8 in Asia Pacific and 1 in 10 in Latin America (ILO 2010 Facts on Child Labour). Although aggregate numbers suggest that more boys than girls are involved in child labour, many of the types of work girls are involved in are invisible. It is estimated that roughly 90 per cent of children involved in domestic labour are girls. (UNICEF 2011 State of…